As in most development projects, a Koji project is the collection of source code and assets that are compiled and packaged to create a Koji app. In this topic, you will walk through creating your first project by forking an existing one, making minor edits, and then publishing the app.

In this section, you will learn how to:

Koji is designed with the idea that any new technology is built on other existing technologies.

Koji developers start by forking an existing project or scaffold. In version control solutions, such as Git, forking means copying the contents of an entire repository to a new repository, which becomes the starting point for a different project. You can fork other developers' projects or your own.

When you fork a Koji project, you create a copy that you own. In your copy, you can change the code, reorganize components, and even remove parts that you don’t want.

In this tutorial, you will fork a scaffold. Scaffolds are bare-bones projects that include a basic JavaScript framework, as well as the instructions that Koji needs to run the project.

The scaffold is copied to a new project, and the Project Details page for the new project is shown.

The Project Details page displays information about your project and provides advanced tools and configuration options.

Notice that your new project is initially given the same name as the original scaffold project. Customize your project by renaming it.

The project name changes to the name you entered.

The Koji code editor space is divided into these sections. 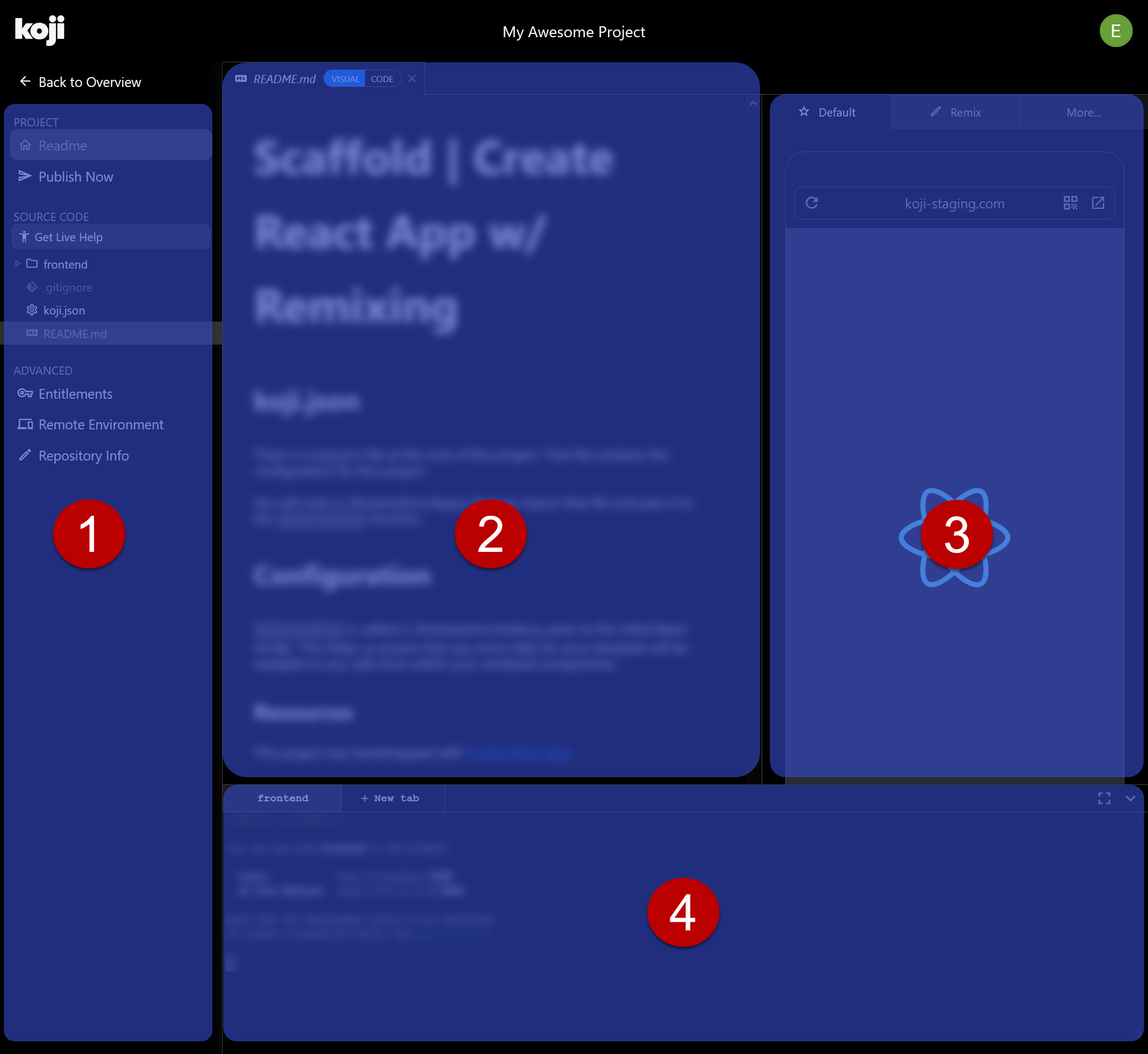 By default, the README.md tab is initially open in the code editor. If not, click the Readme link in the left navigation pane under Project.

The Save button appears whenever the file has unsaved changes. 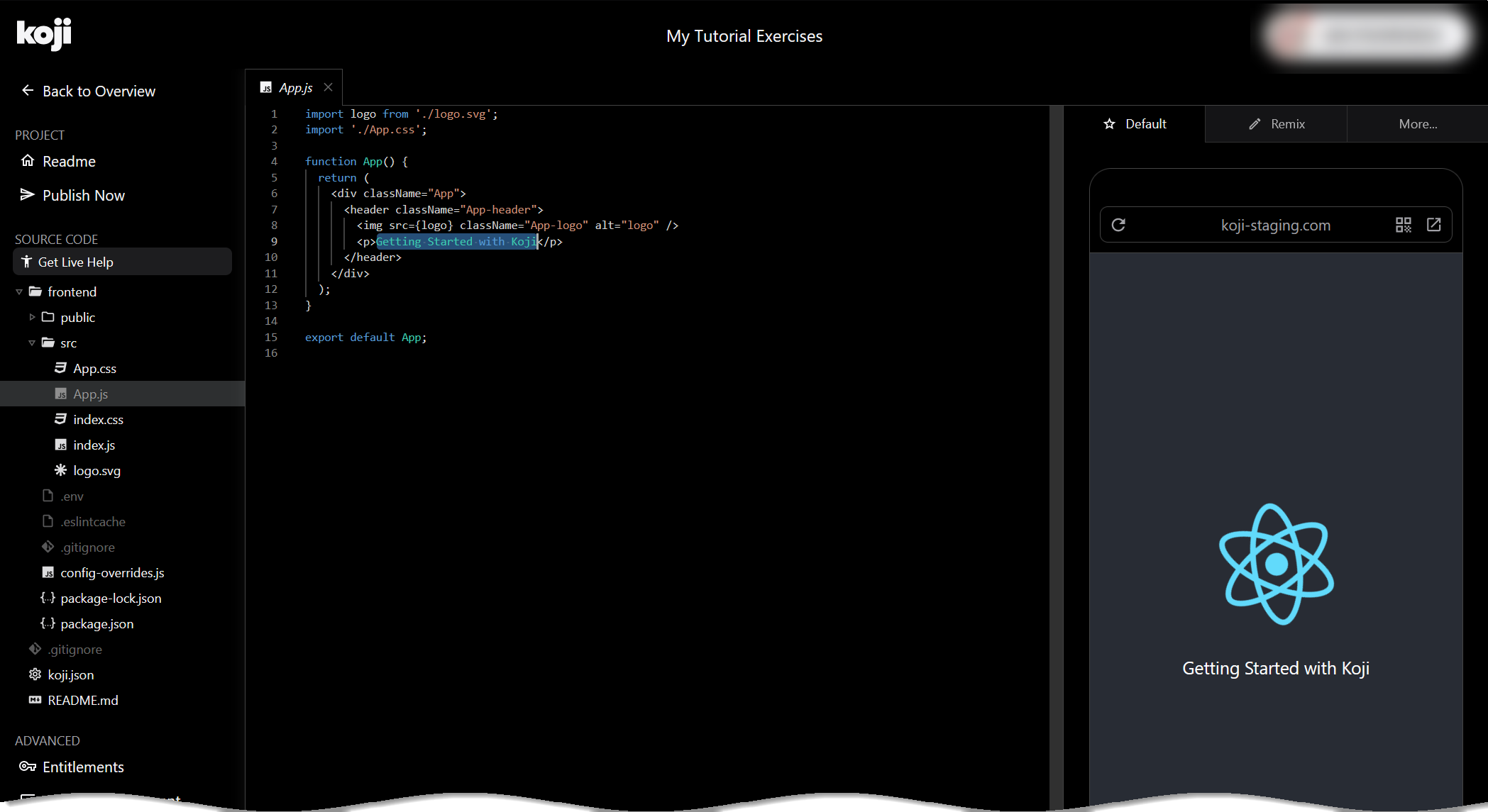 Notice that the preview pane is automatically updated with the new text.

The preview displays only a temporary build of your app, which is hosted on a staging server. You can share the staging URL with your collaborators for testing and for getting feedback. However, this build and its associated URL become inaccessible after you close the code editor.

To release your completed app and obtain a permanent URL, you must publish it. When you do so, an optimized (release) build of your app is generated and then hosted in a production server.

You can share the permanent production URL of your app in email or other social media. 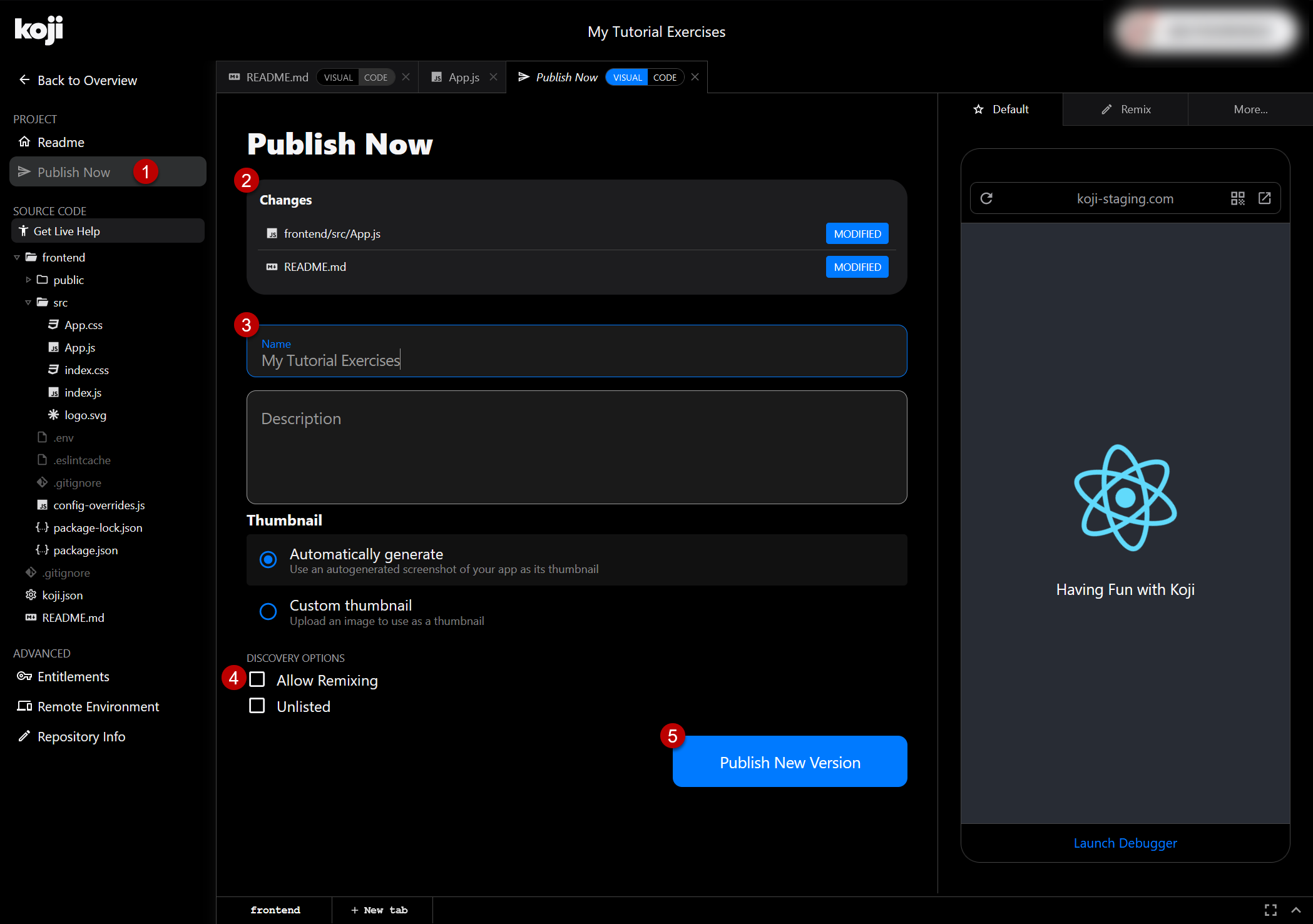 During the build, a progress bar is displayed at the bottom right.

After the build, the progress bar is replaced by a success notification, which includes a link to the permanent URL of your app. Future versions of your app will have the same URL.

All the projects you create are listed in your own Developer Portal, where you can open them again for editing.

The Project Details page opens. This is the same page where you renamed your project and opened the code editor. 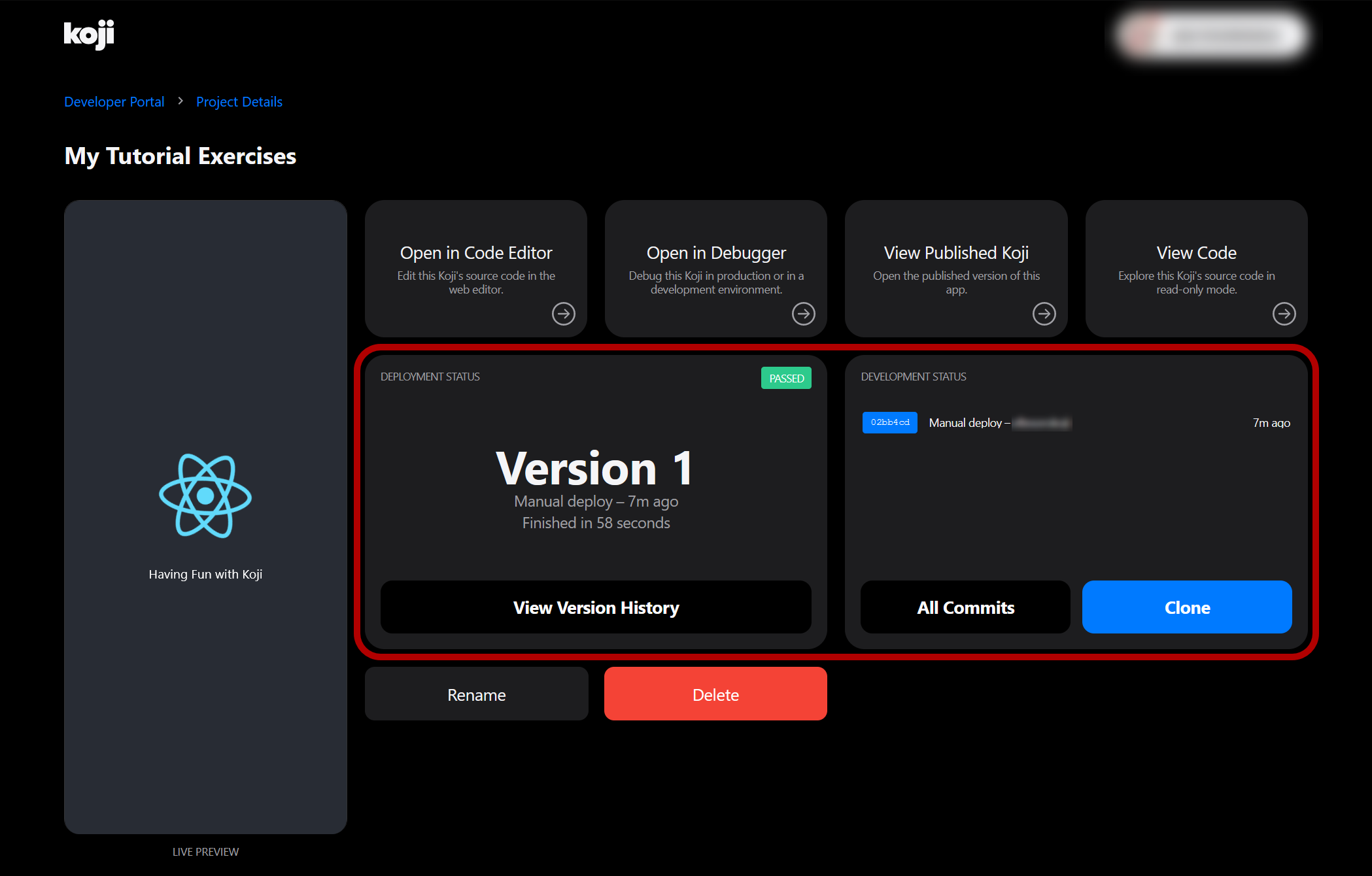 Congratulations! You’ve successfully created and published your own Koji app! You’ve also seen some of the basic parts of the Project Details page, the code editor, and your Developer Portal.

In the next topic, you will learn how to incorporate the @withkoji/core package into your project and how to use it to easily add various features to your app.